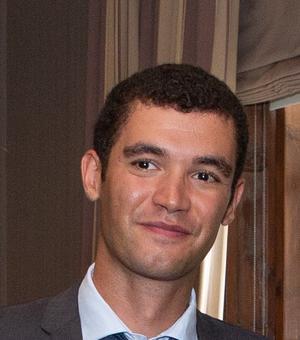 Research and Teaching Associate in History

He specialises in the history of Japan and the history of science and technology, with particular focus on the value of the transnational perspective in improving our understanding of the social and intellectual history of tools, machines, technical systems, and associated ideas and practices.  At present, he is writing his first book manuscript on the history of the magic lantern in Japan, which constitutes the first major study on this topic in English.  The book follows this technology from the mid-eighteenth to the mid-twentieth century, during which time it developed from a rare and imported projection device into one of the biggest cultural phenomena in Japan, and then found continued use for decades after the introduction of motion-picture film.

Among other projects, he is also co-editor of a forthcoming interdisciplinary edited volume on the meaning and legacy of the ‘Opening of Japan.’  His article, ‘The Magic Lantern as a Lens for Observing the Eye in Tokugawa Japan,’ was recently published in Modern Asian Studies.

This scholarship reflects broader research and teaching interests in intellectual and technological innovations that take place in unexpected or marginalised places, and in the interconnectivities that are formed by the movement of technologies, people, knowledge, ideas, and practices around localities, regions, and the world.