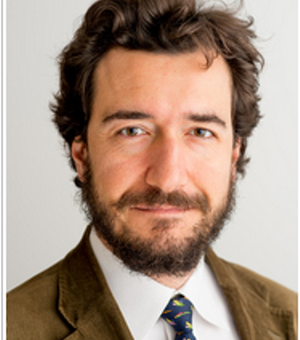 Dr Giulio Pugliese joined the Nissan Institute of Japanese Studies on 1st July as a British Academy Post-doctoral Fellow and from January 1st 2021 he assumed the position of Departmental Lecturer in Japanese Politics and International Relations.

Dr Pugliese specialises in domestic Japanese and international politics, and international economics of the Asia-Pacific with a focus on Japan, China and the United States. He has presented and published on academic, policy-oriented and commercial themes, including in The Australian Journal of International Affairs, Asien, Pacific Affairs, The Pacific Review, NATO Defence Strategic Communications. He is a regular contributor to Asia Maior, Italy’s leading journal on contemporary Asian affairs. And he co-authored Sino-Japanese Power Politics: Might, Money and Minds (Palgrave MacMillan, 2017, also available in Korean).

Dr Pugliese earned a Laurea (B.A.) in Political Science and East Asian Studies at the University of Naples, "L'Orientale" (cum laude), an M.A. in International Economics and International Relations (concentrating on East Asian Studies) at the Paul H. Nitze School of Advanced International Studies (SAIS), Johns Hopkins University, graduating with Honors and passing the final exam with Distinction. He completed his Ph.D. at the University of Cambridge after extensive fieldwork in Tokyo, where he was based at the National Graduate Research Institute for Policy Studies (GRIPS) under the mentorship of Prof. Kitaoka Shinichi. He was a Wissenschatflicher Mitarbeiter at the Department of Chinese Studies in Heidelberg University, a Lecturer in War Studies at King’s College London, and is a recipient of a British Academy post-doctoral fellowship.  He has held visiting scholar positions at GRIPS, the Edwin O. Reischauer Center for East Asian Studies at Johns Hopkins University SAIS, and George Washington University.