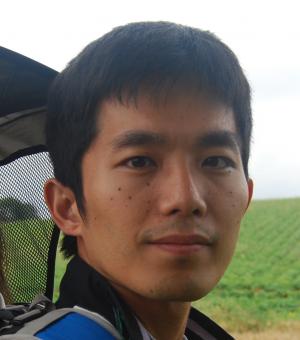 I am a DPhil student at the Faculty of History in Oxford.

My academic research focuses on the intellectual and cultural history of modern Japan from a transnational and non-state perspective. I am particularly interested in the concept of nature, the issue of translation, and the place of culture in politics. Before returning to academia in 2014, I spent several years working in business in Japan.

In revising our existing singular understanding of the renowned Japanese literary writer Kunikida Doppo (1871-1908), my dissertation, entitled 'Another Ishin: Kunikida Doppo and the Pursuit of Freedom and Equality in Modern Japan', overturns the longstanding concept of culture in modern Japan as a depoliticised category. Demonstrating his commitment to the principle of freedom and equality envisaged in the Meiji Ishin (Meiji Restoration, 1868), it posits Doppo as a revolutionary. Specifically it articulates him as a cultural revolutionary since he chose to act in the field of literature, war journalism and publishing. This was a conscious choice to effect a transformation of human interiority in order to reinvigorate the progress after the Ishin that had become stagnant or even backward by the late 19th century. The thesis illustrates that the realm of culture and thought, rather than the world of formal governmental politics, emerged as an important site for a great many people to pursue the betterment of society and mankind in Japan at the turn of the 20th century.

My forthcoming article, 'Survive to be Critical: The Wartime Graphic as a "masquerading" media in the Russo-Japanese War, 1904-05', will be published in War in History.