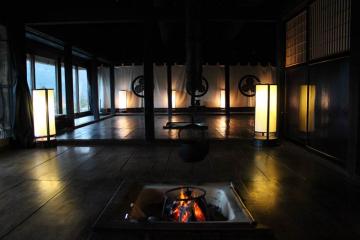 Alex Kerr will talk about his projects in Iya Valley, Shikoku (where while still in university he bought an old thatched-rooofed farmhouse in 1973), and other villages across Japan. Alex writes in Japanese as well as English, and speaks across Japan on issues of rural revival. His books include Lost Japan (1993), focused on traditional culture including Iya; Dogs and Demons (2001), which outlines the damage done by a massive program of public works; Theory of Japanese Landscape [Nippon Keikanron] (2012, in Japanese only), which takes up issues of landscape management and sustainable tourism, and Another Kyoto (2016), a de-constructive view of traditional Kyoto.

Japan is experiencing rapid population decline, and it’s affecting rural regions dramatically. Villages of which over half the population are 65 years or older (called Genkai Shuraku, “Villages at the Edge”) amount to over 10,000 places nationwide. While population decline cannot be stopped, its more serious effects can be contained by bringing in a new industry: sustainable tourism. This has already happened in places like Tuscany, Provence, and the Lake Country - but not in Japan, where the emphasis was to preserve agriculture, forestry, and fishing in their old forms; or to invite in factories. Neither of these alternatives has worked for a long time, so the government has propped up small towns by pouring money into public works. But the “concreting of the countryside" turned out to be wasteful and destructive to local landscape. Meanwhile, old towns preserve a wealth of superb old wooden heritage houses, many of them derelict and abandoned. These can be restored and brought to life, serving as the base for tourism and a return to the countryside by city youth.