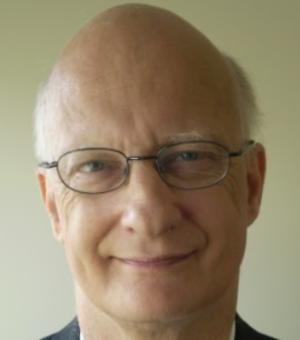 Mark Rebick was a prized international scholar who deeply understood the Japanese labour market. Almost as if he had been waiting for it, Mark left us on the 29th of January 2015, just 10 days after his 59th birthday.  Knowing that he had lived his life to the fullest despite having fought long and hard with serious illness, when Mark’s friends heard of his passing we must all have felt great sadness, but also words of appreciation and acknowledgement.

Mark first developed a serious interest in Japan as an undergraduate university student.  Himself a Canadian, Mark studied earth sciences at Harvard University.  During that period, he travelled in South Korea and Japan, and his experiences led him to develop an interest in Japan.

After graduating he returned to Canada, and worked for a while as a geology scholar.  Subsequently he entered into graduate school at the University of Toronto, acquiring a master’s degree in economics, returning to Harvard to pursue his PhD.  At Harvard he studied labour economics under the supervision of Richard Freeman, acquiring his doctorate in economics in 1990 - just as the world’s attention was focused on the economic success of Japan.  At this point Mark Rebick’s working life began as an empirical labour economist specialising in the economy of Japan.

Mark’s first extended stay in Japan as a researcher was from February to July of 1992, enrolled as a Shimomura Fellow at the Research Institute of Capital Formation of the Japan Development Bank.  I also met Mark for the first time when I was working part time at this research institute.  I was very impressed by Mark, who had studied things like the growing wage inequality in the incisive world of contemporary empirical research.

It is difficult to describe Mark Rebick in few words, but if I were forced to do so I would say that he embodied modesty throughout his career.  Always reserved, he would never loudly insist on the legitimacy of his views.  I believe that the quiet and intellectual atmosphere that characterised Mark’s behaviour was a result of his unwavering confidence in his research.

There was something that always bothered Mark when he was trying to analyse the Japanese labour market.  That was the restriction on usage of Japanese micro data.  In the 1990s there was already research being conducted that made use of individual level data from government statistics, but this was limited to a lucky few researchers.  In particular, I believe it was in practice impossible for young, foreign researchers like Mark to access individual-level data.  I remember seeing Mark eagerly entering data for himself from multiple volumes of the Ministry of Labour’s Wage Census (Basic Survey on Wage Structure), that he had borrowed from the library in order to conduct empirical analysis on topics like the wage inequality in Japan.

Even so, in 2007 the laws on statistics were revised and opportunities to use government statistics in academic research have increased substantially.  Mark wanted to take advantage of this opportunity by fully using micro data to discover new facts that had not yet been uncovered by Japanese researchers.  It is truly regrettable he can no longer continue with this goal.

Mark was affiliated with Cornell University from 1990 and became a University Lecturer in the Japanese Economy at the Nissan Institute of Japanese Studies, Oxford University from 1994.  At Oxford, Mark worked hard to create opportunities for Japanese scholars to pursue their research in the United Kingdom - I myself am a beneficiary of his efforts.  There are also a number of Japanese academics whom he supervised for their doctoral dissertation.  Mark himself frequently travelled to Japan until the early 2000s, for example, as a visiting researcher at Nagoya University in 1996 and Gakushuin University in 1998, and in 2000 as a long-term overseas invitee at the Japan Institute of Labour.

The last time I met directly with Mark was in March of 2012. One year after the Great East Japan Earthquake a symposium on post-earthquake Japan was held at Oxford to show support.  I heard from Professor Takehiko Kariya of the Nissan Institute that Mark was working hard in planning the symposium, even though by then his health had already deteriorated.  We hadn’t met for a while and Mark was looking much worn out from his illness, but his sharp yet kind gaze hadn’t changed at all from the first time we met 20 years earlier.

Although Mark himself would never call it prolific, he left a substantial legacy of research theses covering themes that deserve continued study.

One example is his detailed empirical analysis of firm-size wage differentials. Scale-based differentials haven’t received much attention in recent research, but it appears to be a problem that is garnering increasing attention.  More specifically, a new research is required to address the problem of why the wage growth in small and medium firms is lacking in comparison to large firms despite extreme labour shortages in Japan.  There is no clear conclusion but a number of factors appear to be responsible, including the increase in non-permanent workers, the stalling of labour productivity in small and medium firms, the huge potential pressure for an increase in work by the elderly, and the effects of regulations on the remuneration of care workers. In addition, Mark’s research interests were truly diverse and also ranged from the change in the market for fresh university graduates, to the decrease in labour unionisation, and the treatment of the elderly after retirement.

Mark Rebick has published one book throughout his career.  A compilation of Mark’s research, it was published in 2005 and entitled “The Japanese Employment System: Adapting to a New Economic Environment” (Oxford University Press), and inspects the potential for structural change in the Japanese labour market from the 1980s to the early 2000s.  It acknowledges a gradual structural change in the employment practices, with other issues identifying the increasing difficulties in youth employment, emphasising the rise of irregular employment by firms, and recognising the improved social status of some limited women resulting from high academic performance.

Furthermore, he identifies the problem of the anticipated shortage in the labour force as an issue that will require urgent attention in future.  Although this assertion might seem quite apparent now, that Mark was warning of this problem precisely when Japan had a serious surplus of labour around the early 2000s, is indicative of his foresight as a researcher.

At the same time, Mark always insisted on the importance of maintaining the employment system that gave rise to promotion of skilled workers through the cooperative labour-management relations that had developed over many years within the firm.  Mark said the following in an interview with the Nihon Keizai Shimbun (Nikkei) in 2000: “The source of Japan’s competitiveness is in its labour force.  Due to the advanced training system, workers are able to cooperate with one another and work towards improved product quality with a sense of responsibility.  It is difficult to measure this sense of loyalty and responsibility numerically. However, this is the secret to the success of Japanese businesses, and the majority have not lost this advantage.”

Mark wanted to inspect the labour conditions of post-2000s Japan himself, in order to evaluate whether his initial appraisal still held true.  If one is to think about it, what exactly were the characteristics of the Japanese labour market of 2000s that was experiencing its historically highest unemployment rate and unprecedented consternation?  What had changed, and what hadn’t?  Can we really say that labour researchers have provided an adequate explanation? In comparison to the oil crises in the 1970s, recession caused by the strong yen in the 1980s, or financial crisis in the 1990s, that the employment crisis centred around 2002 and 2003 does not even have a historical name attached to it seems strange.  We need to continue with the analysis of changes in the labour market that Rebick has left for us.

Mark Rebick was a shy, kind person, with a good ear for humour.  I remember his cheerful laughter when he stayed at my home and we watched the Studio Ghibli comedy film, My Neighbours the Yamadas (directed by Isao Takahata, 1999) together.  I sincerely pray that he meets with happiness in the next world. Thank you, Mark.