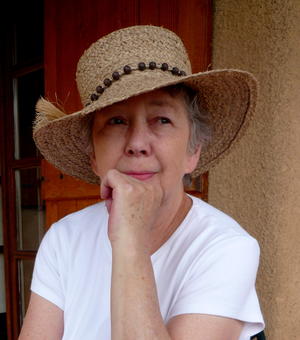 Ann Waswo, together with Jenny Corbett and myself, worked together to establish the Nissan Institute on a firm footing in its early years, beginning in 1982 (Jenny joining us in 1983). In those years we developed a close rapport, excited and challenged by our task of developing a new institute of Japanese studies within the University of Oxford, closely associated with St Antony’s College.

For Ann’s family background, I am indebted to Jim Lardner, her half-brother, and I quote him verbatim as follows:  “Ann was born in southern California to Silvia Schulman Lardner, and Ring Lardner Jr, who had met while working for the same Hollywood producer, David O. Selznick, of “Gone with the Wind” fame. Silvia went on to co-write a wonderful comic novel drawing on her time with Selznick: a novel called “I lost my girlish laughter”, recently republished to Ann’s great satisfaction. Ring Lardner Jr became a successful screenwriter, but his career collided with the post-war Red Scare, and he was blacklisted for refusing to tell a congressional committee if he had been a member of the Communist Party, or who else might have been, He would not answer, he memorably explained, because ‘if I did I would hate myself in the morning’. Fifteen years passed before Ann’s father was able to write movies under his own name, though among those blacklisted he had the rare satisfaction – to Ann and the rest of the family – of winning an academy award for one of his later efforts: “MASH” in 1970.” (That is the end of Jim Lardner’s contribution). Ann’s mother Silvia, later in life, went into real estate and became a building contractor, and it is from her that Ann may have derived her interest in buildings.

Ann’s early years were spent in Southern California, in an area where anti-Japanese sentiment was especially strong, both during and after the war. Naturally critical of orthodoxy, she became curious about the nature of the erstwhile enemy. Enrolling later at Stanford University she studied American history, but she was persuaded to shift to Japan and concentrate on that area of historical studies. According to her own account, she was turned off the history of Western countries by Gibbon’s Decline and Fall of the Roman Empire, which she found boring, so that she came to regard the history of Japan as much more exciting and challenging.

In 1961 she visited Japan for the first time (just a year before I did), enrolling at the IUC (Inter-University Center for Japanese Language Studies) in Tokyo, at a time when Americans and others around the world were beginning to perceive that the rapidly developing Japanese economy, together with its society so different from that of the United States, were worth studying and might even have lessons to teach Western countries. There is a nice story about Ann at this period in her life. The IUC students were taken to meet the Prime Minister of the time, Mr Ikeda, whose number one policy priority was to promote rapid economic development. The students were permitted to ask him questions in a Q and A session. Ann put her hand up and asked the Prime Minister what he thought about ‘Taisho Democracy’ – that decade or so in Japan after the First World War when the prospects for democratic development seemed promising. Mr Ikeda replied that he hadn’t heard of ‘Taisho Democracy’: did she mean the universal suffrage law of 1925? – That encompassed exclusively male suffrage, as Ann would have been acutely aware. Politicians are not necessarily good historians, even if they are useful economists. Ann was later embarrassed when this incident was taken up in the Japanese press.

She later took a PhD at Stanford under the supervision of Professor Thomas C. Smith, who as Director of the IUC had been partly responsible for nudging her towards the study of Japan. In exploring possible career paths, she considered diplomacy, but was advised that speaking Japanese and understanding Japan would disqualify her from ever becoming US Ambassador, whose main task was to represent American interests. She later taught at Stanford, the University of Virginia and Princeton, before crossing the Atlantic to Oxford, where she remained for the rest of her life. I met her at Heathrow Airport two weeks after my own arrival in January 1982, and took her to Oxford in a ramshackle and malfunctioning car belonging to my mother. If Ann was unimpressed by this example of 1970s British technology, she was polite enough not to say so.

Ann’s first book, derived from her PhD thesis, concerned Japanese landlords in the pre-war period. She later wrote a seminal work on modern Japanese society, a closely argued study of housing in post-war Japan, as well as editing, and writing much of, a work on farmers and village life in twentieth century Japan. Her guiding principle in writing books was “short and succinct”, “don’t waste words”, “come straight to the point”. She was also wary of writing that was primarily motivated by a desire to demonstrate a theory, or was more concerned with theory than with reality on the ground – a lesson that she taught to her students as well as embedding it in her own writing. This connected with a focus on common people rather than with elites. Once in back- blocks Japan she discovered a women-only fire brigade, of which she sent photos back to us in Oxford. This was hardly an earth-shattering discovery, but for Ann it was significant as showing what was possible for women. She also translated a novel about rural life written in 1910, entitled “The Soil”. She was intrigued by it because instead of statistics about plant yields, it gave a flavour of rural life at the time. Let me quote you one sentence from it:

“Drinking steadily the men now began to talk about horses. Someone mentioned that even the wildest horse could be calmed down by forcing it to swallow a little sake. Then it could be handed over to an unsuspecting buyer.” (p. 108)

I will also give you a short quotation from Ann’s book Modern Japanese Society 1868-1994: “(t)he end result [of a focus on elites] has been only a partial, and at times a highly misleading, explication of Japanese historical experience. It is not just that the common man and woman have been ignored. Both have been portrayed, implicitly as well as explicitly, as passive and docile beings who would do as, and only as, their superiors commanded. I will attempt to demonstrate that this has not generally been the case”. I think that what she wrote there might constitute the basis for a powerful intellectual manifesto. In retirement, she took to writing a detective novel Damaged Goods, with a Japanese theme and the serious purpose of criticising aspects of university bureaucracy.

After her retirement in 2007 Ann bought a house in the village of Villerest, near the town of Roanne in south-central France, where she then spent a good deal of her time. I visited here there once and found her actively renovating the house, as well pondering how to shore up the ruin next to it, also part of her property but gutted by fire several decades before. She also revelled in her beautiful garden. She had also made friends locally and had definite opinions about the local government authorities.

Finally, I want to say something about Ann’s contribution to the life of St Antony’s College and the Nissan Institute. Ann had a hands-on concern with many practical matters of administration and the smooth working of complex university buildings. When the present Nissan Institute building was opened, it became evident that the system of keys and locks had been badly designed. She spent hours working on this problem and eventually the whole system was replaced. She devoted a great deal of energy to revising the statutes of St Antony’s College. She was for a term sub-warden of St Antony’s and more than once Director of the Nissan Institute. Many academics can see the broad picture but neglect the detail. Some do the reverse. Ann saw both the broad picture and the detail, and efficiently dealt with both. People saw her as “feisty”, and that indeed she was; she would place peremptory notices on doors, such as “TURN OFF THE LIGHT!!!”, that would frighten visitors to do just that; but she was also kind and caring, a fine teacher, subtly humorous and great company when it was time to relax, preferably over a dish of sushi. We shall miss her.

Further tributes and pictures can be found here: https://barbarawaswo.muchloved.com/