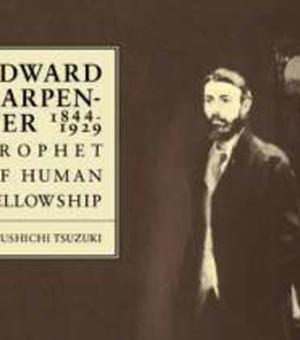 Professor Tsuzuki, who was born on 18th September 1926, has died in Japan at the age of 93. He was the first ‘Nissan Fellow’ at the Nissan Institute of Japanese Studies between September 1981 and June 1982, and therefore occupies a special place in the annals of the Institute.

He was a sociologist, specialising in British labour and trade union history, with a special research interest in the biography of leaders who were prominent in the labour movement. What distinguished him from nearly all Japanese sociologists working in the same or related fields is that he wrote and published first in English and then in some cases translated his books into Japanese for publication in Japan.

He wrote in sophisticated English, which was undoubtedly honed during extensive periods of study in the UK. Indeed St Antony’s College played a significant part in this process. After earning a Masters in economics at Ruskin College in 1954, he spent the years 1955 to 1959 as a scholarship student at St Antony’s, receiving his D.Phil in June 1959. In 1959 also he became Associate Professor at Hitotsubashi University in Tokyo, which became his principal academic home until his retirement in 1990 with the title of Professor of Sociology. Along the way, he held visiting fellowships at the Universities of Sheffield and Cambridge, as well as his attachment at St Antony’s and the Nissan Institute in the early 1980s. From 1985 he joined the International University of Japan in the mountains of Niigata Prefecture, where he was appointed full Professor in 1990.

Among his publications were H.M. Hyndman and British Socialism (OUP 1961); The Life of Eleanor Marx: a Socialist Tragedy (Clarendon Press, 1967); Edward Carpenter, 1844-1929: Prophet of Human Fellowship (CUP, 1980); and Tom Mann 1856-1941: The Challenges of Labour. He also wrote extensively on Robert Owen (serving as Chairman of the Robert Owen Association of Japan), on Japanese anarchism, and on “Anglo-Marxism and Working-class Education”.

The flavour of his writing may be savoured from a sentence on the final page of his book on the labour leader Tom Mann: “Working class culture is not simply materialist as it has often been made out to be. The values and battle-cries brought out in the course of their struggles – solidarity, comradeship, manhood, or the recognition of each worker’s dignity as a man, equal citizenship for all the working men – have relevance beyond the limits of one social class of one nation”.