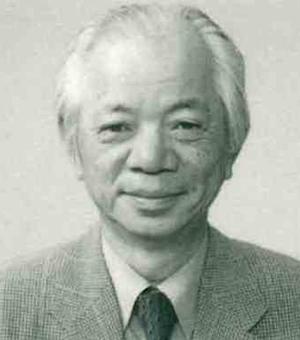 Professor at the Institute of Social Science, University of Tokyo

Professor Junji Banno was born in Yokohama in 1937. As a student at Tokyo University in 1960, he was a leader of student protest against revision of the Japan-US Security Treaty. In 1963 he graduated from the Department of History within the Faculty of Humanities of Tokyo University. After graduate studies, he was appointed Professor at the Institute of Social Science (widely known as Shaken) at the same university. He remained there until his retirement, serving as a reforming Director of the Institute for a period in the late 1990s. He also, into retirement, taught at Chiba University, Ochanomizu Women’s University and elsewhere in Japan, and held visiting fellowships at the Australian National University in Canberra, as well as at the University of Oxford (St Antony’s College and the Nissan Institute of Japanese Studies).

Between 1971 and his death in October 2020 he published more than a dozen books (and many articles) in Japanese, of which the following were translated into English: The Establishment of the Japanese Constitutional System (Routledge, 1992, 1995); Democracy in Pre-war Japan: Concepts of Government, 1871-1937: Collected Essays (Routledge, 2001); Japan’s Modern History,1857-1937: A New Political Narrative (Routledge, 2004); The Abe Experiment and the Future of Japan: Don’t Repeat History (with Jiro Yamaguchi, Renaissance Books, 2014); Empire and Constitution: Why could war between Japan and China not be prevented? (Bloomsbury, in press).

Junji Banno was one of the most widely respected historians of modern Japan, with probably unequalled knowledge of the vernacular sources of Japanese political history between the 1850s and the 1930s. He did not write just for fellow historians, but sought a much wider readership among ordinary people, who were concerned to understand the twists and turns, successes and tragedies, of Japanese history through the period of modernisation in the nineteenth century, through partial experiments with democracy, and into Japan’s ‘dark valley’ experienced in the 1930s and 1940s, to the severe detriment of its neighbours and the wider world, as well as to catastrophe for Japan itself. His books sold well and he received interesting reactions from businessmen, among others, whose views he would quote with interest and respect. He exhibited a historian’s rigorous concern with evidence and original sources, and he also developed highly original analysis of the effects of such things as taxation systems and of constitutional ambiguities.  But he never forgot the personal misery he and his family experienced when he was a small child in the Japanese countryside, resulting from the consequences of a dysfunctional political system and irresponsible politicians. His early personal experiences undoubtedly underpinned his radicalism.

As a former radical student leader and lateral-thinking historian, he retained deep anxiety about the mind-set of post-war political leaders including some of those in the contemporary period, who appeared to him to be too nostalgic for the pre-war political system, and indeed some who inhabited and still inhabit the fringes of ultra-nationalism.

Junji Banno taught me many things about the history and politics of one of the most fascinating countries in the world, and in that process of teaching and learning we – and our families including his wife Kazuko - became close friends.