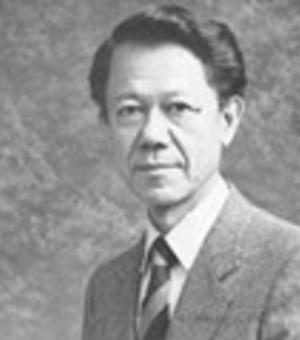 Professor Yoshida was a Visiting Professor at St Antony’s for the academic year 1983-4 during which he attended the first meeting of the Japan Anthropology Workshop (JAWS) which was held at the college and become its honorary Japanese representative. This was a position he held for many years, attending multiple conferences as JAWS grew to become the international organisation it is today.

Yoshida Teigo passed away on May 29th 2018, leaving his wife, Yoriko, Mitsuhiro, his son who followed in his footsteps and became an anthropologist now teaching at Kanda University of International Studies, and a grandson, Kazuki, who gained entrance to Tokyo University apparently just in time to make his grandfather smile just before he passed on, and who is now diligently studying biochemistry there. Yoshida Teigo’s son, Mitsuhiro sensei, spoke fondly to me about the exciting periods abroad he had spent with his father, including doing fieldwork together in Bali, and also about some joint research they did at an onsen in Gunma prefecture with his mentor Keith Brown. Yoshida Teigo loved doing fieldwork, he reported, and was away every summer in a variety of locations including Melanesia, Mexico and the Ryukyu Islands. In my own experience, Yoshida sensei (senior) did fieldwork wherever he found himself, picking up local expressions in all the cities where we met for the JAWS workshops, and adopting local customs to amuse and delight our hosts as well. His legacy will live on through his many students, and in my case at least, students of students, as we remember him very positively in our work.