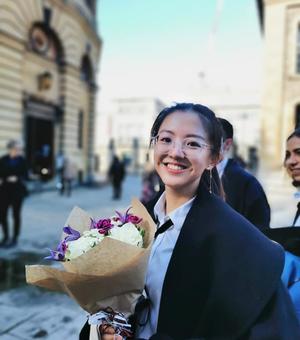 From literature to history, the theme of my studies has always been the longing to understand how we know what we know and to question the legitimacy of that epistemology. I majored in literature for undergraduate, out of a desire for life elsewhere, for possibilities granted by letters and words. I believe that literature is robust because of its openness and innate rebellious idiosyncrasy as it pursues multiple narratives and realities, something beyond norms, formulas, beyond "reality". It was the reason why I studied gender in visual arts when studying MPhil Japanese Studies at Oxford, where I completed a thesis on the representation of "queer" and the construction of visual heterotopias in contemporary Japanese cinemas. Through studying gender and representation and its intellectual history, my understanding of "history" changed. I began to see history studies as the process of unearthing "truth" and rewriting a truth that co-exists with so many other equally significant "truths". History thus becomes stories, not only his story but hers as well. It breeds possibilities.

Before coming back to Oxford for my DPhil in History, I worked as a TV director and screenwriter in Shanghai and Beijing, where I experimented with my ideas on visual representation and storytelling through media. It was when I nurtured this curiosity into participatory culture and the role of grassroots associations, as my work involved communicating with sub-culture groups. These contributed to my current research, which focuses on the transantional intellectual history of Japanese doujin (coterie) circles and doujinshi (coterie magazines). Via the translation activities of Japanese Surrealist doujin from the late 1920s to wartime, I intend to delineate the transnational non-hierarchical networks built between Japanese, French, and Chinese Surrealists, pivoting around doujin circles existing in metropolises such as Tokyo, Shanghai, and Paris. Through doujin, the non-official and non-hierarchical association of like-minded intellectuals, I reconsider the cultural history of early twentieth-century Japan, from non-imperial historical viewpoints. Other research interests include Japanese queer history, feminist movements, body in literature and visual arts, pop culture and fandom studies.