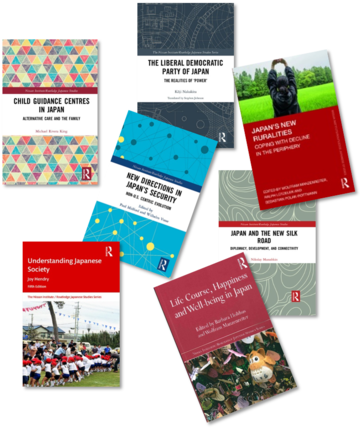 Since the 1980s, the Institute has been responsible for The Nissan Institute/Routledge Japanese Studies Series. This was established in 1986 and in 2017 the Institute held an event to celebrate the launch of the 100th volume in the series making it the largest single series of academic work on Japan anywhere in the world. Many volumes are now available in paperback editions.

The Series Editors are always looking for new and exciting book manuscripts on any issues related to contemporary Japan. Authors who would like to discuss potential publication in the series are asked in the first instance to contact Ms Stephanie Rogers at the following email address RogersS@informa.com